What's of interest is that, in light of the Freedom Convoy and their message which combats several of Trudeau's narratives, Trudeau decided to first smear peaceful protesters and then took the situation from 0 to 100 when he then invoked the Emergency Act. Now, we only point this out to show the real stances of Justin Trudeau and where his alliances really are. And it's not with grassroots Canadians.

In an address Trudeau made on the Freedom Convoy, he stated, "I have attended protests and rallies in the past when I agreed with the goals...Black Lives Matter is an excellent example". To say the least that is brutal. But Trudeau didn't just signal his support for BLM through words and taking a knee on Parliament Hill in and amongst a protest last year but he also decided to give them Canadian's tax dollars in the form of a grant from a Government Agency called the Canadian Race Relations Organization. Who even knew such a government department even existed?!

Through an Order Paper response to Member of Parliament Pierre Paul-Hus who inquired "With regards to all contracts signed by the government where advance payments were made since February 1, 2020", it was revealed that:

Through the CRRO, Black Lives Matter Canada, the group that ravaged cities all throughout Canada, received $8,250.00 on June 11, 2021. BLM is a Marxist organization and if you know anything about Marxists it's that they are explicitly anti-family.

Trudeau also forced Canadians to give $6,000.00 on May 14, 2021 to the Anti-Hate Network which he used to vilify/surveil his opponents.

And finally, Trudeau gave $10,000 to the BC Civil Liberties Association on March 29, 2021. Why point this organization out? Because it was SILENT when churches were being forced to shut their doors, BC families were prevented from gathering and their board of directors was not fired after saying Catholic churches should be burned to the ground during the summer when that was happening to dozens of churches. 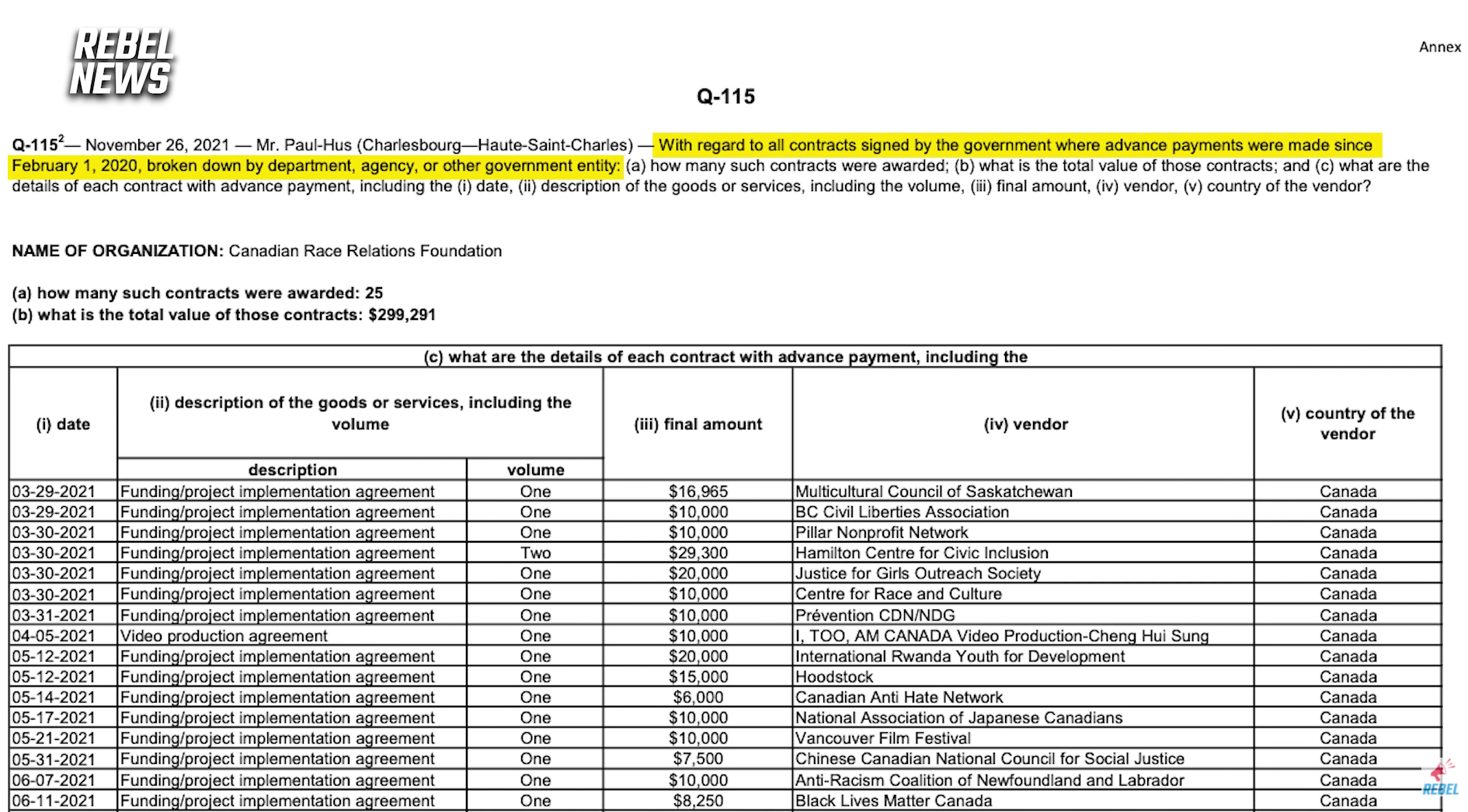 These alliances and actions reveal exactly where Trudeau stands and it's not good.

Justin Trudeau can personally hold support for any group he so desires, but he should not be forcing taxpayers to also support these groups with their tax dollars as this creates a level of distrust amongst the populous for their institutions that will only increase all while the level of accountability for these institutions will inevitably decrease.

Canadians should not be forced into funding groups with blatantly anti-family agendas, nor those that are against the freedoms which we as the Canadian people do so value with high regard.

(Thanks to the work of Rebel News, this information was made know)