After weeks of dropping hints and outright statements about dropping vaccine passports and negative test requirements, Premier of Saskatchewan, Scott Moe, along with Saskatchewan's Chief Medical Officer, Dr. Shahab announced that the province would be dropping these discriminatory requirements.

Businesses, workplaces and other public venues will no longer be mandated by the province to require proof of vaccination or a negative test.

The province says eHealth Saskatchewan will continue to make proof of vaccination records and QR codes available to Saskatchewan residents to use where needed, including for travel and in other jurisdictions.

The Premier said that it's time for Saskatchewan to move forward and past the proof of vaccination policy as it "created two classes of citizens in the province." (He admitted it was discriminatory).

Now, with that being said, we are skeptical of this move too. The next target needing to be addressed? Scrapping digital ID infrastructure.

We don't necessarily believe the Premier saying "it's time" (to drop the mandates) is about the vaccine passports having "run their course" as he says. There is the possibility that their contract was fulfilled, and the system is ready for implementation. What are we talking about? Well, the Saskatchewan government had an Request For Proposal for "Individual Digital ID Solution and Service Offering" RFP - 0484. The invitation for proposals was opened October 18, 2021 and closed January 4, 2022. The request in the proposal was interesting to read and essentially tells us that the digital ID system is here for the long run. 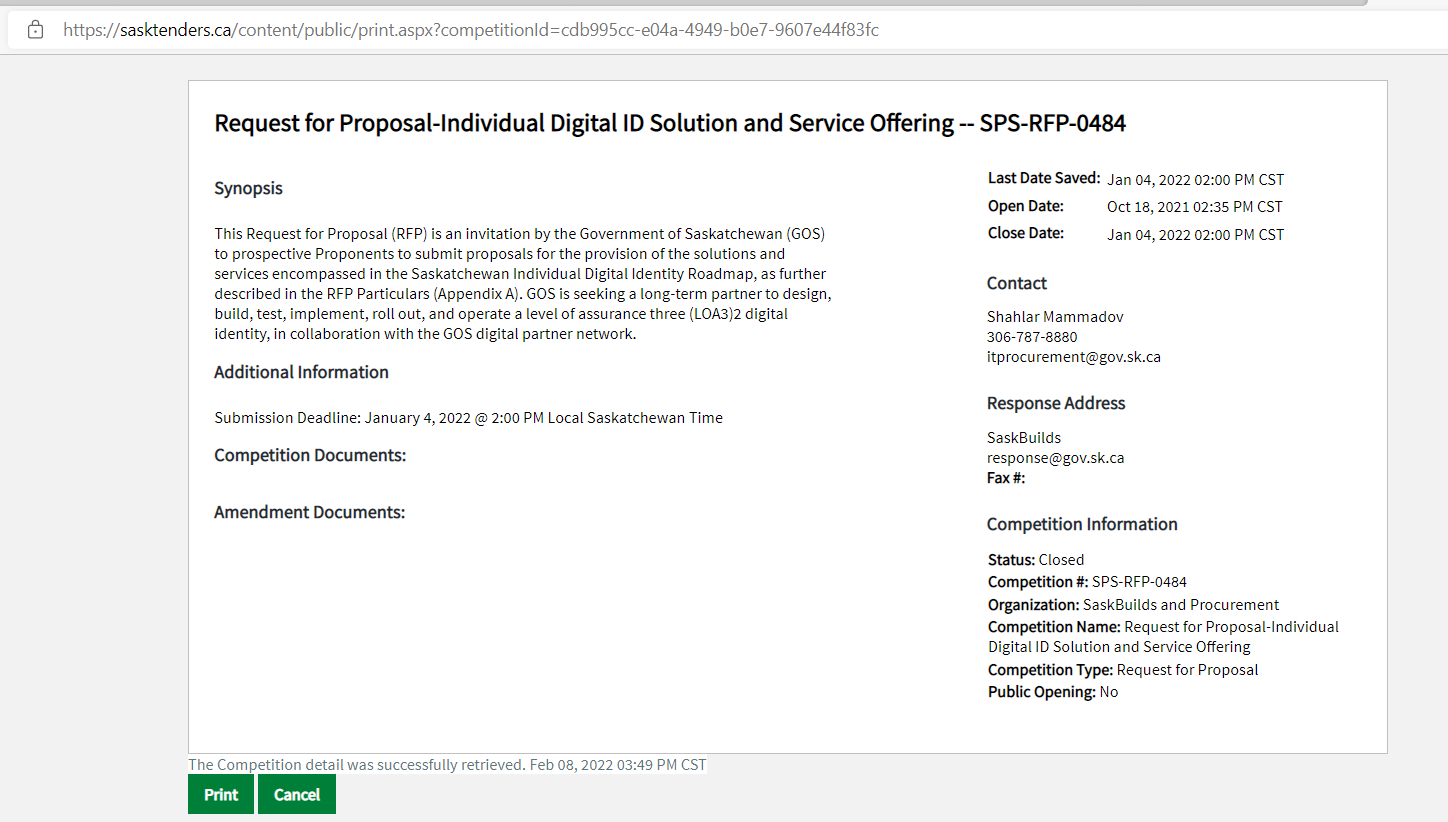 We are indeed happy about today's announcement, but we are still skeptical of the government's actions as countless of other Canadians are as well.